It's not very often that we take off for a day trip. In fact I think all the critters were rather confused as to why we were leaving at all.

We decided as a family (everyone including extended family) to go to the Toledo Zoo. None of us had ever been there so it seemed like a good place to go check out. It took us about 2 hours to get there which really isn't bad and it was so worth it.

This zoo was great! I think it's my new favorite and I will definitely be back. 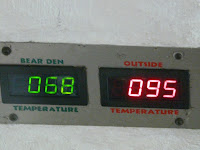 We went on a day that was 95* with horrible humidity, but it didn't spoil the day at all. There are trees everywhere so there was a lot of shade as you walked the path. Actually I'm not sure I've ever seen a zoo so well done with large paths that still had plenty of shade.

And bathrooms! There were bathrooms (nice, clean ones) always within reach. This is really important when you have a whole mess of kids in your group. Some of them were even air conditioned! Benches were plentiful on all the paths and the picnic areas were well covered with clean picnic tables and plenty of space.

Now some of my favorite exhibits. There was a large variety of animals including large animals which you only get at larger zoos. First up was the elephant exhibit which had just had a little baby the week before. We were lucky enough to get to see the little guy. Soooo cute. I got this little video of him. 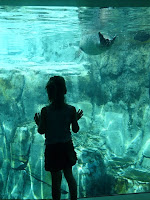 The Polar Bear/Seal exhibit was really cool! And I mean that literally. It was 68* in there and it took a whole lotta will power to leave it and go back outside. 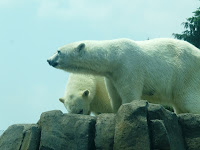 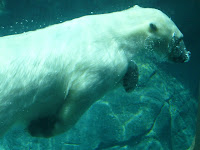 Another huge hit was the Aquarium building. Very nice variety and some different ones than I've ever seen. Plus we found Dory! 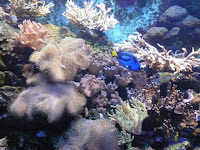 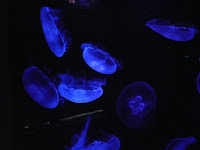 We had a great day and took hundreds of pictures! I think this will have to be a yearly outing for us because we all loved it. If you're anywhere near Toledo you should go check it out.
Posted by Stephani at 6/16/2011 11:34:00 AM
Email ThisBlogThis!Share to TwitterShare to FacebookShare to Pinterest